A fine-grained, fissile, detrital sedimentary rock formed by consolidation of clay- and silt-sized particles into thin, relatively impermeable layers. It is the most abundant sedimentary rock. Shale can include relatively large amounts of organic material compared with other rock types and thus has potential to become a rich hydrocarbon source rock, even though a typical shale contains just 1% organic matter. Its typical fine grain size and lack of permeability, a consequence of the alignment of its platy or flaky grains, allow shale to form a good cap rock for hydrocarbon traps. Gas shows from shales during drilling have led some shales to be targeted as potential gas reservoirs. Various clay types and volumes influence the quality of the reservoir from a petrophysical and geomechanical perspective. The quality of shale reservoirs depends on their thickness and extent, organic content, thermal maturity, depth and pressure, fluid saturations, and permeability, among other factors. 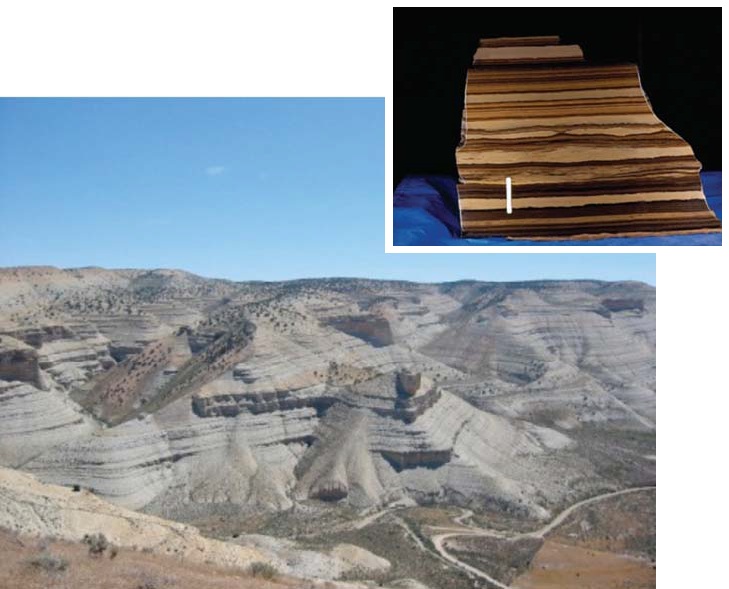 A fine-grained, impermeable, sedimentary rock composed of clays and other minerals, usually with a high percentage of quartz. Shale is the most common, and certainly the most troublesome, rock type that must be drilled in order to reach oil and gas deposits. The characteristic that makes shales most troublesome to drillers is its water sensitivity, due in part to its clay content and the ionic composition of the clay. For this reason, oil-base drilling fluids are the mud of choice to drill the most water-sensitive shales.