A geological surface separating older from younger rocks and representing a gap in the geologic record. Such a surface might result from a hiatus in deposition of sediments, possibly in combination with erosion, or deformation such as faulting. An angular unconformity separates younger strata from eroded, dipping older strata. A disconformity represents a time of nondeposition, possibly combined with erosion, and can be difficult to distinguish within a series of parallel strata. A nonconformity separates overlying strata from eroded, older igneous or metamorphic rocks. The study and interpretation of unconformities locally, regionally and globally is the basis of sequence stratigraphy. 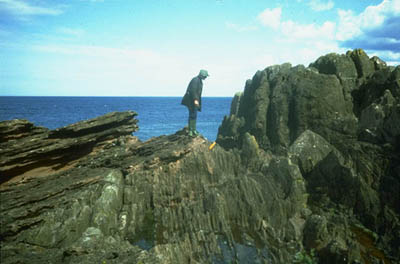