Subsurface pressure that is abnormally high, exceeding hydrostatic pressure at a given depth. The term geopressure is commonly, and incorrectly, used synonymously. Abnormally high pore pressure can occur in areas where burial of fluid-filled sediments is so rapid that pore fluids cannot escape, so the pressure of the pore fluids increases as overburden increases. Drilling into overpressured strata can be hazardous because overpressured fluids escape rapidly, so careful preparation is made in areas of known overpressure. 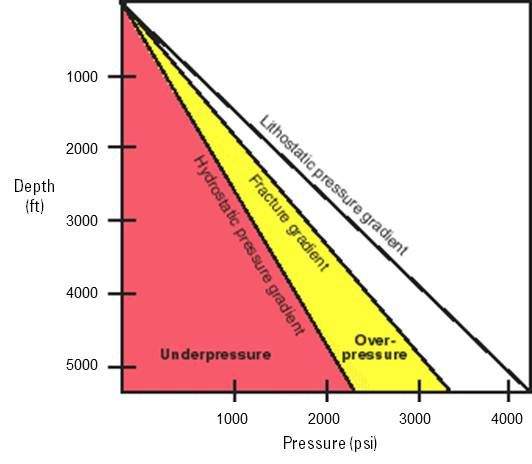