The boundary between the crust and the mantle of the Earth, which varies from approximately 5 km [3 miles] under the midoceanic ridges to 75 km [46 miles] deep under the continents. This boundary, commonly called "the Moho," was recognized in 1909 by Croatian seismologist Andrija Mohorovicic on the basis of its abruptly higher compressional wave (P-wave) velocity. 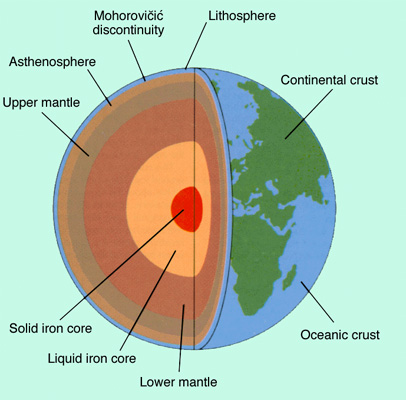